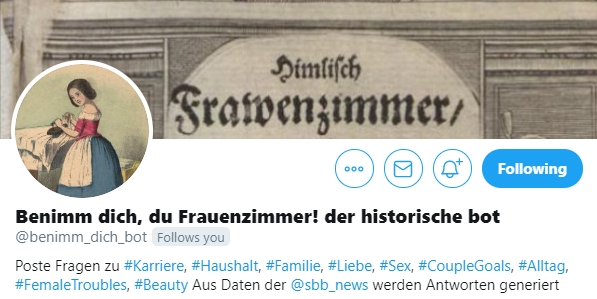 The Benimm-Dich-Bot gives advice for small and big problems in the life of modern women*: But beware, it should be used with caution. Its role models date back to the 19th century and its credo is “Behave, woman! The advice – or rather, rules of conduct – were found in the digitised collections of the Berlin State Library from 1830 to 1930 as part of the Hackathon Coding Gender. The bot allows a playful examination of the problematic gender roles of the time.

For this purpose, corresponding text passages from the digitised collections were identified, transcribed and assigned to at least one of the categories #Career, #Household, #Family, #Love, #Sex, #CoupleGoals, #EverydayLife, #FemaleTroubles, #Beauty. If you ask the Benimm-Dich-Bot on Twitter for advice using one of these hashtags, a suitable text passage will be selected from the collected texts and posted with a link to the respective digitised version as an answer. 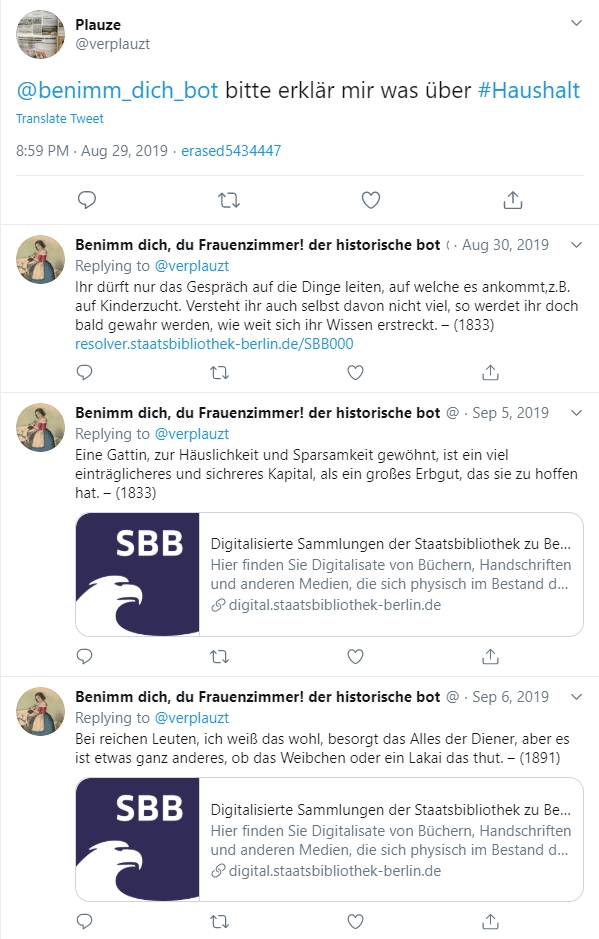 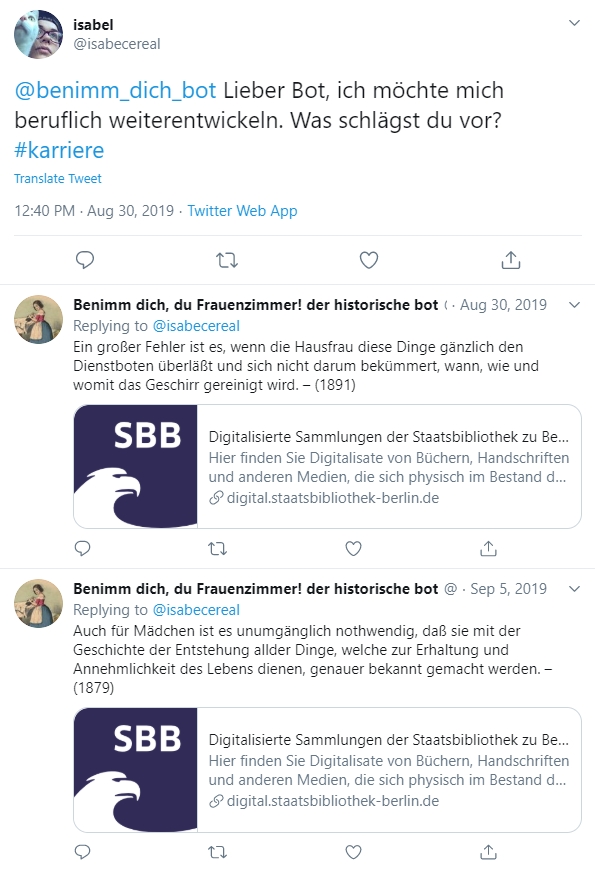 The underlying technology is based on the Python library Tweepy and allows you to quickly implement your own ideas according to this example. As the extracted text passages are sometimes too long for the tweets (or the SBB and Twitter short URLs), the link to the digitised material is currently sometimes cut off. The complete texts and URLs can also be found in the JSON file used internally by Benimm-Dich-Bot.

Try it yourself under:
https://twitter.com/benimm_dich_bot
Advice given so far can be found in the replies.